ok so mine was obviously the 'Happy Sept 11th!' thread, where she did her first mod abuse after we were all dicks to her. the way she gets mad is so freaking adorable and the idea of this young innocent girl vs these cackling evil witches (me, alter, raven and...ana?) was just so fucking funny

also her relationship with ed was cute

I liked it when she had her annual lunar meltdowns and then had to act as Michael, cleaning up her own mess.

i still dont believe they were the same person. dont u remember the stuff people dug up where her and michael would say they were in a relationship? also luna was not the smartest cookie, i don't believe she could have played 2 ppl that well. unless it was genuine DID

Luna came to SW at the right time.

When she arrived they were kinda mean to her. She was basically making inquiries about her personality type. She might have been 15 years old at the time, it was no place for her to be.

I told her how I had a feeling she would become important. SW had received notice that nabble was planning on shutting down the forum and we had little time before that happened. The community wasn't too thrilled. Long story short everyone stuck to the end.

In the meantime Luna built the forum to save the SW forum community. Her and ME never met eye to eye and something about how ME was no longer interested in keeping the forum, as it was a complete cesspool.

I was invited to the new forum by Luna and Michael and we did some testing before everyone came in. Luna also created my account for me, as back then it was trendy to steal other users names on nabble. Not all members came. They made it out to be a trust thing, but I think they weren't obliged to join Luna's forum cause they weren't very nice to her to begin with.

Who Luna actual is, it's a mystery, but I do think Michael is a separate entity, if not then Luna did a good job in misdirecting our beliefs when it comes to her. Luna can also be a man. Possibly Michael. She would need to have a real split personality maybe.

When it came to Michael, he wasn't playing the SC game, he was simply the man behind the curtain, working on the site and maintaining it, keeping Luna in check the best he can, though last time she had her yearly tantrum he failed to guard the community data. Aside from that, no matter how bad the trolls were, they wouldn't directly fuck with Michael. He never liked anyone either, whatever he did in SC, he did for her.

Luna was stuck between 2 worlds. She's a firm believer in democracy but when democracy fails her, she straight up becomes a communist. Her swinging back and forth is what caused the tantrums. She wanted SC to remain this place of limitless boundaries, minus the CP. CP is the 1 thing that would break the community. Yet at the same time people would push her buttons which would challenge her to keep SC this place of boundlessness.

People would get destroyed in Luna's SC. It's no wonder it had more guests than this one. Funny how her SC ended up on the news. If it weren't so hardcore, it's likely wormboy wouldn't have tried to make a name for himself in SC.

I admire Luna's tendency to combat CP. I did suggest to her that we request a ceasefire. If the CP stops, we'll stop banning Jim and Cawk. I'm not sure which of them I spoke to, it could have been TC posing as Jim at the time. Could have been Jim, could have been Cawk. It agreed. But Luna said fuck no, Endless Ban !

Her tantrums were freaky. As a regular it was thrilling to watch as we felt the end was near. Maybe the 4th major tantrum is the one that did it. I can't even remember what it was exactly, but, I do think a lack of affection from the community is the cause of her losing her grip.

I see the Boards Zone site, and I get a sense of sadness. At this point it's 9 years in the making now. No need to hit refresh, video share, and every time Luna changed the look, everyone ended up liking it. Yet today, BZ is hollow and cold. There's more warmth from the assholes that occupied the space. I told Luna it's been the 3rd time I joined her site for a reason.

More like lack of worship, she expected to be exempt from any sort of judgement or criticism- be it posts or bugged out forum software.

ME never really cared about Luna, last I heard it was piles that got sc off of MEs blog because Luna had a tantrum. Piles posted the email and everything.

I also don't think it was the forum hardcore nature that had wormboy trying to make a name for himself but rather his shitty family, particularly his father's abuse that had him snap and go for the weakest member there. The forum only got onto the news because of that event but it sort of sounded like you were trying to say it was in reverse.

Luna was cute when she was away or having a tantrum 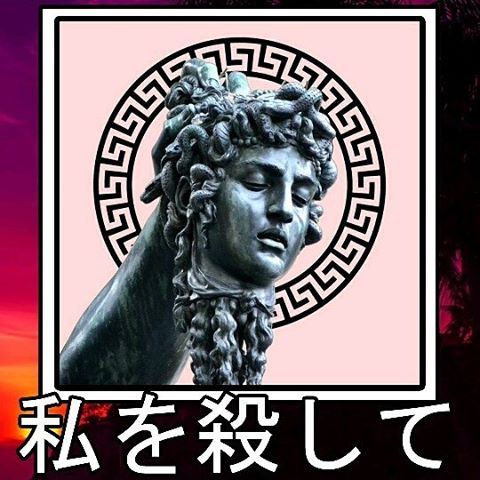 by Buttered Toast
Posts: 1601
You are reading this. #lastword

More like lack of worship, she expected to be exempt from any sort of judgement or criticism- be it posts or bugged out forum software.

I'm not going to get up in arms over something like that. I was just saying she handled the best she could trying to be 2 things at the same time, tolerant while intolerant.

ME never really cared about Luna, last I heard it was piles that got sc off of MEs blog because Luna had a tantrum. Piles posted the email and everything.

That is a good thing, ME is pretty lame. From the sound of it, Luna, Piles, and ME were all power tripping.  If I had to take sides it wouldn't really make sense for me to side with ME or Piles, HA HA HA they haven't been of any service to me.

I also don't think it was the forum hardcore nature that had wormboy trying to make a name for himself but rather his shitty family, particularly his father's abuse that had him snap and go for the weakest member there.

What did he call himself again 3xtensgnagj something with a 3 in the beginning. That night we had to find out who it was exactly cause he was using another alias, I found the report with his image and brought it back and what did I hear for the first time ? OMG it's Wormboy !

Up to this day ya'll call him Wormboy. I call him wormboy too but after the fact.

He hates his Father and he killed his Grandfather to hurt his Father. I have no sympathy for the idiot, but what did he do as soon as he did it ? He went to SC cause he also wanted SC to know about it.

The forum only got onto the news because of that event but it sort of sounded like you were trying to say it was in reverse.

I wrote: "Funny how her SC ended up on the news. If it weren't so hardcore, it's likely wormboy wouldn't have tried to make a name for himself in SC."

I'm going to punish you.

Luna was cute when she was away or having a tantrum

It was a result of her presenting herself as emotionless, then when she had her fill the radical left wing tyrant came out and there was always some kind of damage. Someone gets banned, then Michael would lift it and so on.

When she destroyed SC, there are some members who'll never forgive Luna.

10 / 20 posts
2
Back to forum
Our website uses cookies to make your browsing experience better. By using our site you agree to our use of cookies.
This site contains NSFW material. To view and use this site, you must be 18+ years of age.