It is early 2019 , The Sociopaths have been on a long, fantastic voyage together for years now aboard the S.S. Community. However, tensions had been building, with Captain Luna commanding a number of plank walkings at the hand of herself personally and her first and second mates Edvard and Inquirer. Members of the ship are getting angrier as tensions between the captain and the crew, and a mutiny may be afoot....

Captain Luna:  WHAAAAAT?! YOU WILL WALK THE PLANK FOR YOUR INSOLENCE, YOU INFERIOR FOOOOL!

Xadem walks the plank, he us used to this, and knows that it won't be long before..... he hears a plop in a water, with a lifesaver, and Luna standing above, jeering at him.

Luna: Despite your reprehensible criticism of my flawless character, I will let you live because survival of the fittest dictates that I need the group to at least partially favor my leadership or I am finished.

Xadem: Nobody favors you, you WHORE!

Luna ignores this, and retires to her personal chambers for some nights, as she commonly did when criticized. Little did she know that while she was gone, hidden plans were being brewed in the crew's quarters.

Xadem: I say we have a MUTINY and show this WHORE whose boss.

Seafoot TPG: But then where will I do my shitposts? I'm not sold yet.

Seafoot Alice: I agree Xadem, I am bored and a mutiny would entertain me. Let's do it.

TPG: YES, MUTINY! DOWN WITH THE WHORE OF BABYLON! KEK!

The meeting is suddenly interrupted by Scarlett, who had returned from the top deck.

Scarlett: Sorry Xadem, I was with vol- *cough* I mean, with Vultus asking him to dox someone.

Vultus: That's bullshit you WHORE, you were cheating again you SLUT.

All of a sudden, second mate of Luna, Inquirer, enters the room.

Inquirer: What is this? I overheard talk of a mutiny. You know what I have to do now.

Inquirer: Join it, of course!

Xadem: Why are you joining?

Inquirer: The pirate Jim invades this ship every day in a new disguise. I was playing chess with a crew member when Luna caught him first. She then reprimands me for not working hard enough. I am tired of this, I want to be able to have fun this ship, insolent as it is.

TPG: YES, WELCOME TO THE MUTINY, THE WHORE OF BABYLON WILL DIE, RIGHT ALICE?

Xadem: Bo, are you joining?

Sailor Bohemian: I don't subscribe to groupthink, I will just stay right here doing this wood carving while you all do something reduntant and worse.

Everyone: What an ass.

Xadem: Hmm, but where will we go after the mutiny?

Pirate Jim (in disguise): *reveals self* Why, you can all join the crew of me and my captain, the S.S. Kiddydiddler!

Xadem: Alright, let's go to bed. Here's the plan- Inquirer, you need to bait her into firing you. After that, we will respond with such vitriol that she flies into an irrational rage, and THAT is when we take over.

TPG: YES! DOWN WITH THE WHORE, UP WITH ALICE!

The crew of mutineers goes to sleep, hyped for the coming mutiny.

Inquirer: Luna, you are an awful and incompetent captain who ought to walk her own plank and be consumed by sharks.

Xadem: WHAAAAT?! You fired him?! He was a great mod and should have been charge of the ship, not you!

TPG: WHORE! DOWN WITH THE WHORE OF BABYLON!

Alice: Luna has thin skin and is insecure.

Luna: GAAAAAAAHHHHHHHHH FUCK IT YOU GUYS CAN HAVE THIS SHIP I'M DONE!

Luna lies under a cannon and fires it through her chest..... into the check of her own ship the cannonball hits blanc, Vultus, and ChallengeSeeker, all of whom are minding their own business under the deck. Suddenly, the S.S. Kiddydiddler sails next to Luna's ship. The ship is signifigantly smaller than the S.S. Community. But before they are aboard it.....

He attacks. Suddenly, Primal comes out of nowhere and snaps Billy's neck.

Pirate Captain Turncoat: I know this women! She is a bigot against my kind and a lunatic. In the name of freedom and SC ideals, I command she walk the plank!!

He pushes Primal off the blank

Xadem: But what about you, BO?

Alice: Where IS your wife delora anyway?

They all board the S.S. Kiddydiddler as Luna's ship sinks. Little did they know that way up in the clouds, delora was there, in a bright pink hot air balloon, observing it all with indifference...

STRAIGHT TO THE TOP! 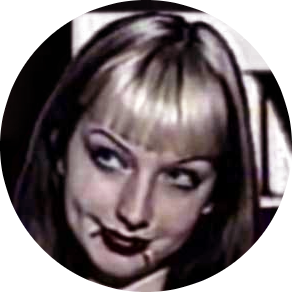 4 posts
Back to forum
Our website uses cookies to make your browsing experience better. By using our site you agree to our use of cookies.
This site contains NSFW material. To view and use this site, you must be 18+ years of age.